A downloadable game for Windows, macOS, and Linux

"Incredible work and an awesome game. Neat!" 🎮
- Our Moms

An amazing COOP Puzzle Platformer with an exclusive cable link feature for #GBJam. Now you can play this incredible cartridge with your friend or loved one without any additional charge!

Based on a short story by famous Brazilian writer Machado de Assis, Soulstice is a game where you control the skilled and magical couple Kinn and Kala. They pursuit an unique and rare type of ritual to become one and achieve Deity status.

You have to solve every puzzle. Stay together and keep moving on. Like Sun and Moon, Yin and Yang, Bread and Peanut butter, etc. 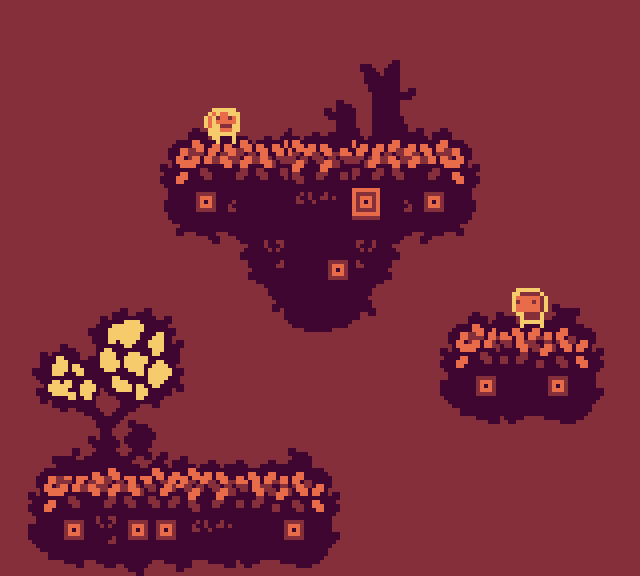 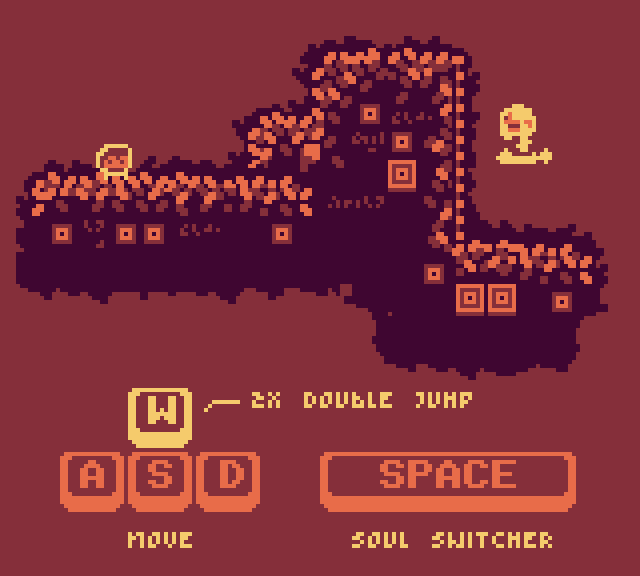 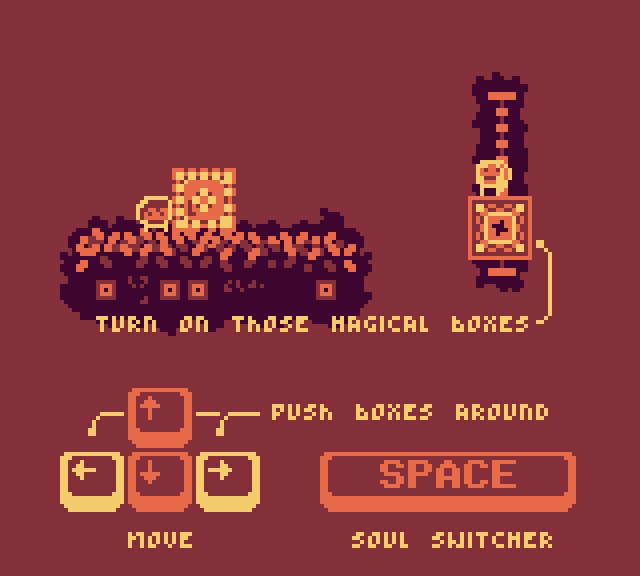 i like this game, but can you just not use blur in text. I can't read it

main.lua:13: bad argument #2 to 'newSource' (string expected, got no value)

Got this same error

Does this game support USB controllers?

Hello, I have a problem with the game. I'm on Mac, I cannot open the game with love 11.2 and got error main.lua:13. I can open the start screen with Sagittarius (another game made with love, I could open it without love), but pressing any button to start the game leads to another error.

Got the same error here, is there any workaround? I tried using love via appimage and also installing from arch's repository, both give the same error. I'd love to be able to play it on linux! Looks so good!

for the second level,,it seems that we are stuck in the double jump ;-; we can't get past it we've been jumping for so long ;;

I play like a multiplayer for 1 person, it's pretty cool.

the mac version hasn't been able to launch for me at all through the Itch launcher.. anyone else having this problem?

the error is: "No executables were found"

Great concept, the art is beatiful, the midipixel's games always look good, they are one of the best at doing pixel art nowadays. And the gameplay is good, although I had to spend sometime until figure it out some things. This concept could definetely be a more complete game.

Nice concept of switching soul to switch ability. Too bad there's no restart button forcing me to restart from beginning if I'm stuck in a level, such as level 3 where box first appears

Speaking of level 3, the arrow indicator is misleading. I pushed the box toward the arrows and caused game stuck since the box doesn't respawn

Also, in level 5 (I think) where there are magical boxes near starting point, it's tough to switch cause the magic box immediately moves after switching and not giving me enough time to control the second player to jump there

It would be nice game if those problems are solved

Hi! Thank you so much for your compliments! :) Currently, if both players hold their Shift keys at the same time for some seconds, the level restarts. It isn't the best solution, and we should've explained this in the game. For the post-jam version we're working now, these issues have been taken care of (the crate respawns now, for instance) and we're adding additional content to the game! Expect a few more stages and new mechanics! :)

Really sweet game! I loved it. Although it was a little bit sad and confusing to play it by myself hahah. Regardless, I liked how you used both characters to cooperate with each other - side note, 2nd level is kind of broken, as you can just use the double jump to go straight to the most right platform and end up not needing the boxes. The game has a very nice theme too. Is there a way to properly reset the puzzles (with the boxes as well)?

Thank you for playing! :) And yeah, it's hell to play by yourself, and I pretty much did this during the entire jam :D On level 2 I thought I had placed that platform unreachable via double jump alone, I'll fix that. And there's a way to reset the stage, although I failed to include this instruction inside the game. Players (in your case, you) need to hold both left and right shift keys for a couple of seconds. I wanted to be able to code boxes that know when they are stuck/lost, but there was no time! :X

No problem, man! No need to apologize. The game feels good. Also, I love the fact that is based on a Machado de Assis' story hahaha =D

This game looks very interesting but it crashes when I hit any arrow key. I'm using the .love version on mac.

EDIT: fixed. I just had to download last love version.

Oh noes! We'll have to fix that. Can you send a screenshot to contato@midipixel.com?

doesn't look like they have the game posted yet, just set up the itch page

Now you can play!